A sea of new cars standing in front of Killingholme oil refinery which will supply fuel throughout their lives. I’m not sure if the image needs text - it is what it is. 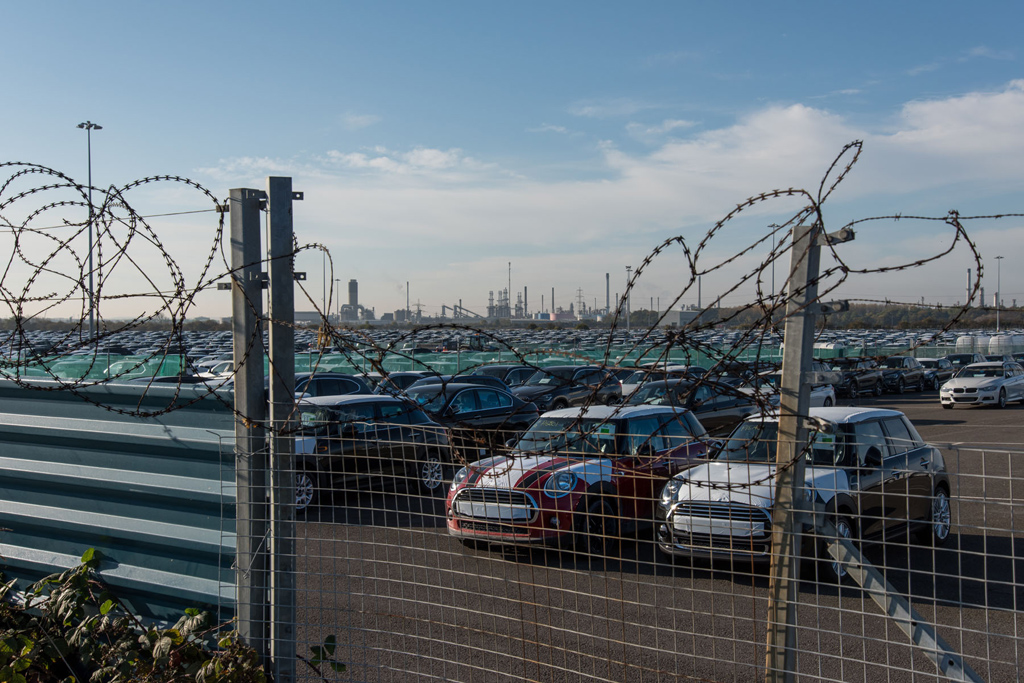 The flat surrounding countryside and villages are completely dominated by the oil refinery. 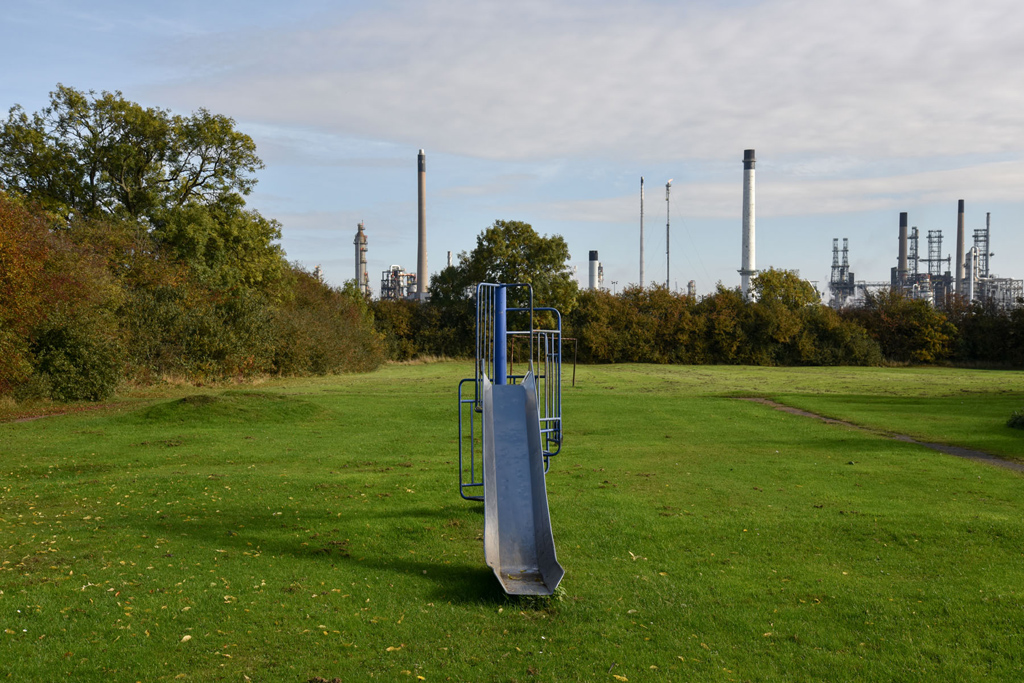 Apart from agriculture, Lincolnshire has very little industry left, Gainsborough and Lincoln used to produce heavy machinery on a large scale. Lincoln prides itself on being the birthplace of the tank. Scunthorpe Steelworks, which has been in decline for decades, Killingholme oil refinery and Siemens turbines are all that is left today.

It strikes me as quite sad that consumerism and fakery has replaced real civic pride in achievement with a nostalgic, rose tinted view of history. Gainsborough’s industrial history was marked by Marshals, from 1848 to 1992, who produced a variety of agricultural machinery from steam engines through to diesel tractors. Today the site of the factory is a shopping centre which retains some the original architectural features. In nostalgic celebration, on a roundabout, stands a fake plastic topiary sculpture of an agricultural steam engine, encircled by cars as though the past is under siege by progress. As with most story telling, truth is a combination of whatever the storyteller makes of it and how the viewer interprets it. 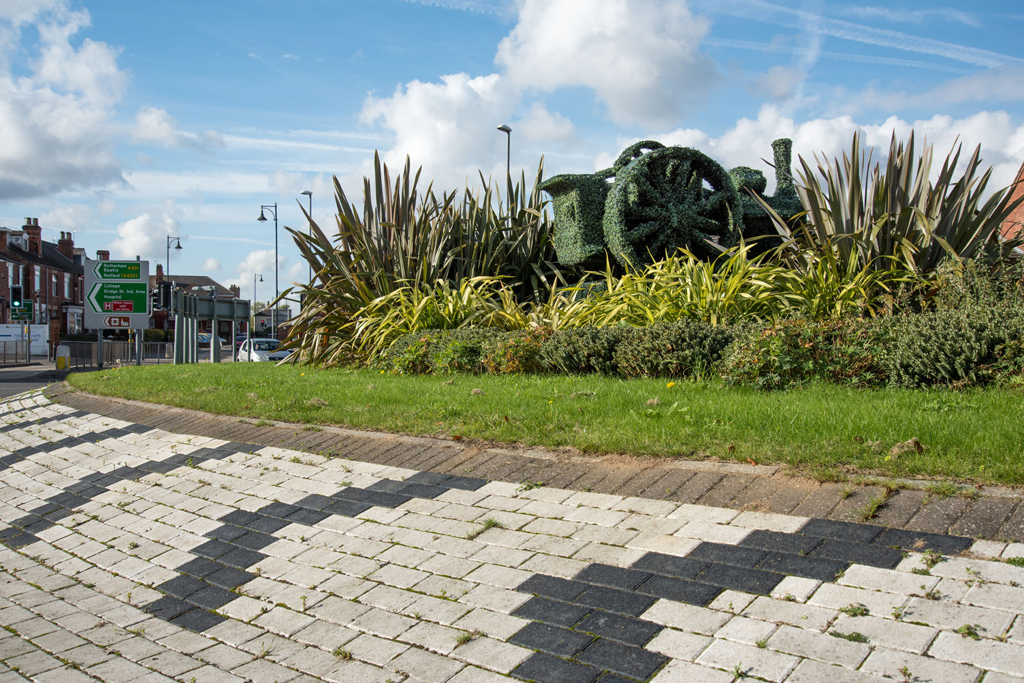